The Optimism Bias is a cognitive bias in which individuals believe that they are less at risk of experiencing negative events and are more likely to experience positive events than others or that is statistically likely.

Everyone knows that smoking can have a negative impact upon your health, but many smokers contain to smoke. Cigarette packaging is required to have such warnings on the pack so that smokers are aware of the dangers. The warnings can be as straightforward as ‘smoking kills’ and some packets have pictures of cancers and tumours caused by smoking, yet smokers continue.

The proposed reason for smokers continuing to smoke despite knowing the health risks is because of the optimism bias. Those who smoke believe that they will not be affected by smoking in a negative way but everyone else will.

1000 drivers under 25 die every day in car crashes

Yet if you ask anyone who drives if they are likely to get in a car crash, they will say no.

If you drive think for a moment about your driving ability would you rate yourself as average or above average? Many of you and many more drivers than average report than their driving is better than average, yet statistically most of them must be average.

The stock market is one of the most common places you can find the optimism bias. To beat the market consistently and get percentage returns higher than the market is a rare feat. Yet, if you ask an investor if they can consistently beat the market or if they have a good chance of beating the market: they will say they have. Statistically, this cannot be the case, but still many people believe that they can do the extraordinary. You can see this further if you ask an investor if they have calculated their potential losses, many will reply with a simple no. Why? Because they do not trade on the stock market to make losses and the do not believe they will consistently incur losses.

Knowing about the optimism bias is interesting, because typically when we learn about our flawed heuristics we try to prevent them in the future, think for example of the hindsight bias. However, with the optimism bias it is different. There is a great deal of research to suggest that being optimistic is a good human quality, because it not only increases our chances of succeeding, but it also increases our health and quality of life thereof. We should therefore use our knowledge of the optimism bias to help us make well-informed decisions about things that may in reality have greater chances of punishment than reward.

The Optimism Bias: Why we’re wired to look on the bright side 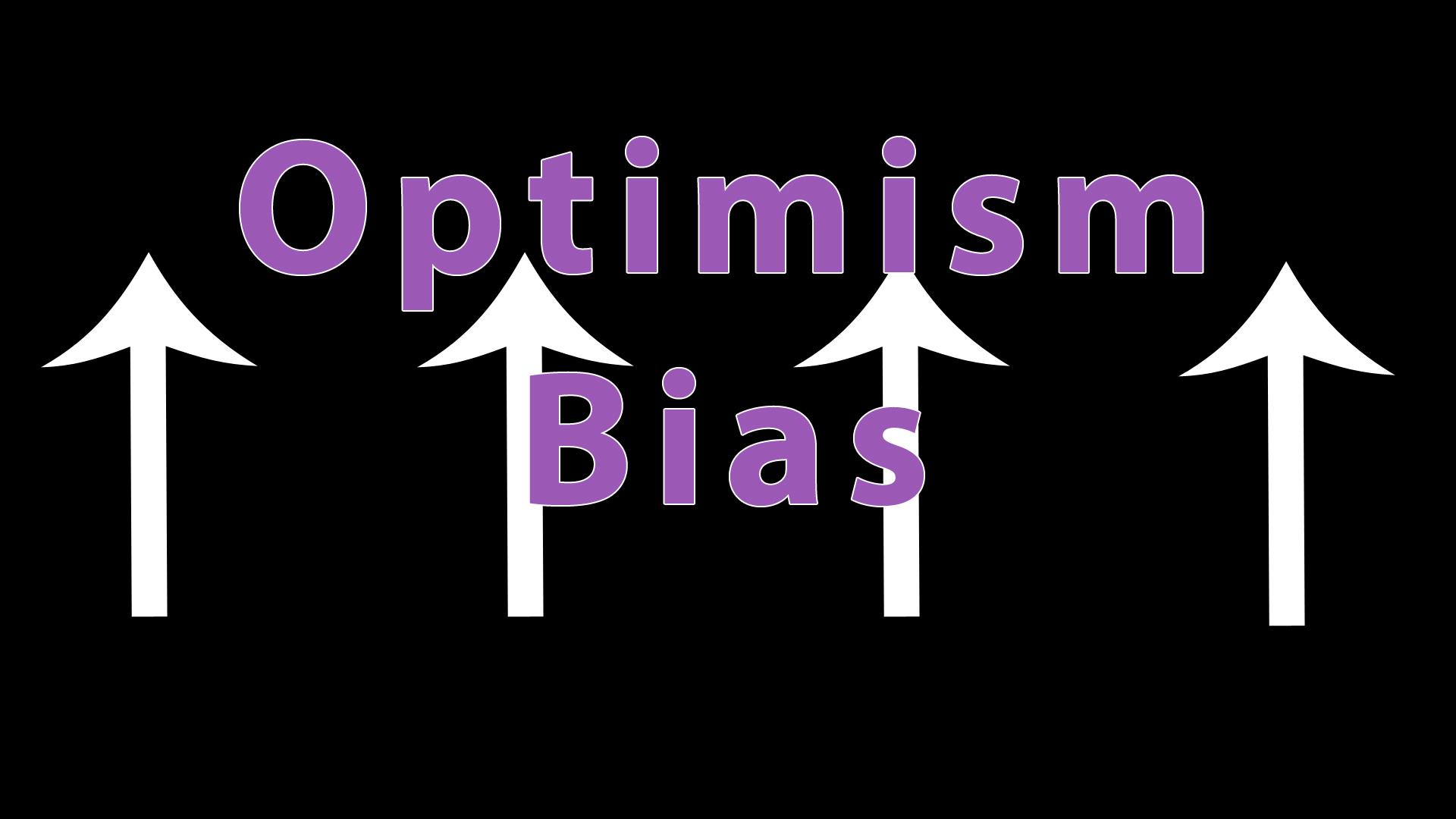