Depression is a persisting state of sadness with pessimistic thoughts and a loss of interest or enjoyment.

If you want to further your knowledge of depression, it is highly recommended that you read: Introduction to Coping with Depression (Overcoming: Booklet series)

and Depression: The Evolution of Powerlessness

A History of Depression

The symptoms of depression were first described by the Ancient Greeks, both Hippocrates and Galen thought that the human body functioned because four bodily substances: yellow bile, black bile, phlegm and blood. If there was an imbalance of these substances, then there would be problems. Hippocrates and Galen described the depressed person as someone who was ‘gloomy, pessimistic, anxious and prone to hide away or take flight, sleepless and also peevish, irritable and prone to outbursts.’ They believed that depression would occur when there was an excess of black bile in the persons body.

Descartes was one of the first to propose that there was a distinction from the mind and the body.

Emil Kraepelin was a German psychiatrist who among a great deal of other contributions to science, furthered the notion of that the brain is the roots of emotion and behaviour. He did this by studying patients who had brain injuries after this he created a classification system. One of the conditions that Kraepelin first identified was manic depression, which is more commonly referred to today as bipolar depression.

Let’s look at some famous sufferers of depression:

Risk factors are not causes in themselves, but they can increase the chances of a person becoming depressed.

One of the proposed reasons for this is not biopsychological or genetic, but it is a culture and social explanation, namely that men are more likely to bottle away their feelings and not tell anyone, whereas women are far more likely to seek help and treatment. This addresses the reason in statistics, however it does suggest that the statistics are wrong and that men and women experience and equal amount of depression.

An alternate explanation for this is that women have more frequently changing hormones and that these may have an impact on the rates of depression witnesses in women.

Age, those who are most at risk of depression are teenagers. The reason for this is widely believed to be misbalanced neurochemicals in the developing brain. From ages 20-50 the risk of depression is less than teenagers, but around 3% of the population in this category will be affected by depression. At age 65 and above the risk of depression increases somewhat and this is largely attributed to the end of one’s career and subsequent retirement; there is much research to suggest that being meaningfully employed is a great preventative measure to depression, for example (Frese and Mohr 1987) conducted a longitudinal study of blue-collar workers over the age of 45, some of whom had been unemployed or re-unemployed. It was found that unemployment is linked with depression, a lack of hope and financial problems.

Genetics can play a role in the development of depression, if a person has a family member who suffers from depression then their chances increase. This suggests that their is a biological root of depression and that other factors are epigenetic.

Having a thought patterns which are negative can cause depression and can often be mistaken as a symptom. Let’s look at a depressive thought pattern: ‘I’m doing this, this has no purpose, therefore I have no purpose and the world is meaningless.’

Martin Seligman noted the link between learned helplessness and depression. The feeling that there is nothing one can do to prevent or solve their perceived current predicament can lead to depression. This is a cognitive explanation of depression, that is the way a person thinks may cause depression, for example think of your friends: you likely have a friend who thinks everything is worse that it really is, whereas, others may think things better than they really are, these are cognitive patterns, which you may recall from the optimism bias video. Those who are optimistic are less likely to suffer from depression than those who are pessimistic.

Imbalances and deficiencies in neurochemicals and neurotransmitters are largely at the root of depression, other causes in many cases cause differences in neurochemistry, which in turn causes the symptoms of depression. There are at least three neurochemicals that are associated with depression: serotonin, norepinephrine and dopamine. Having a deficiency of any one or combination of these neurotransmitters can cause depression. Serotonin is used in the regulation of many bodily functions, including eating, sex and sleep, when there is a deficiency of serotonin, the person afflicted can often feel depressed and even suicidal. Norepinephrine is used in to help us recognise stressful encounters and when it is lacking we may struggle to react to stress accordingly. Dopamine plays a large role in the brain as it motivates us to seek out rewards and pleasure, when there is a deficiency of dopamine in the brain then these rewards mean less to us and we can lose hope and become depressed. Interestingly, these neurotransmitters are also associated with happiness and sleep.

The first and most notable symptom of depression is of course sadness and a loss of hope. This can be terrible and can lead to suicidal thoughts. Anhedonia is one of the symptoms of depression and I have made a video on it before, this is when people cannot experience joy and happiness even at the happiest occasions as a result of depression. A person could win the lottery and still feel sad if they are depressed with anhedonia.

People who are depressed are more likely to get ill than other people because a symptoms of being depressed is a weakened immunity. In fact there is an entire field of study which considers the effect of the mind on the body, this field is called psychoimmunology.

A loss of energy is another physical symptom of depression. People who are depressed will often feel completely drained of energy, even after sleep.

People who are depressed are often lacking in energy, yet fail to sleep or have a disrupted sleep pattern – this lack of sleep as mentioned before this can cause depression, when a person is already depressed this can make the depression worse and lead to suicidal thoughts.

Psychosomatic symptoms are physical symptoms that manifest themselves without physical cause, for example people who are depressed may start to have back pain, without having anything wrong with their back.

People who are depressed may also by overly anxious about small things, however it can be much greater things and this could be the root cause of the depression itself, for example money worries.

Major depression has a number of names ranging from unipolar depression, clinical depression or major depressive disorder. This is the most common type of depression and the symptoms usually last for between a few days to a few weeks.

Persistent Depressive Disorder also known as dysthymia, this when the symptoms of depression have lasted more that 1-2 years.

Bipolar Depression was first identified by Emil Kraepelin and it was originally called manic depression. The symptoms of bipolar depression include the uncontrollable mood swings from the peak of happiness to the lowest depression.

Antenatal and Postnatal Depression is depression experienced by women during and after pregnancy, around 10% of all pregnant women have experienced this type of depression at some point during their pregnancy.

Psychotic depression is a combination of both depression and psychosis, this can be awful for the person afflicted because alongside experiencing symptoms of depression and hallucinations.

Cyclothymic disorder is very similar to bipolar disorder but the symptoms are less severe.

This image shows a severe decrease in pre-frontal blood flow in the depressed brain when compared with a normal brain.

Remember that we have been talking about a condition of which there is not necessarily one cause, there is also not necessarily one cure or treatment, what works for one person may be less effective for others. The most effective ways of treating depression are typically a combination of psychotherapy and drugs. However, there is some evidence to suggest that the combination of therapy with drugs is no more effective than the use of drugs alone (Karp and Frank, 1995).

Cognitive Behavioural Therapy is an effective means of treating some types of depression. Recall earlier we talked about the different thought patterns of depressed people, cognitive behavioural therapy assumes that these thought patterns are at the root of depression,  therefore the aim of cognitive behavioural therapy is to change these patterns, for example instead of thinking: ‘what’s the point of this?’ the person should think: ‘how nice this is, I’m not in pain and I’m enjoying this’

Selective serotonin reuptake inhibitors are drugs which prevent the reuptake of serotonin, which makes the effects of serotonin more potent, which is needed in the depressed brain. The most famous example of these drugs is prozac.

Group therapy aims to reduce depression by giving the depressed person a supportive environment and group of people. Typically the groups will have between 4 and 12 people in the group. One of the biggest benefits of this therapy is the combination of the social aspect and the structure it can bring to the depressed person. It is also less formal than one on one patient therapy. In group therapy the members of the group are encouraged to talk to each other about their ideas and offer each other solutions.

Behavioural Therapy aims to find address the root cause of the patients depression. Behaviourism is the underlying theory behind behavioural therapy and the therapist assumes that the depressed patient is not getting enough rewards in their life therefore they are depressed, for example a person may want to learn more, but does not have the time, so the therapist would aim to help the patient manage their time to allow them to learn more and therefore be reward thereby preventing the depression that the patient is experiencing. One of the key methods of behavioural therapy is monitoring the patient’s behaviour to understand where the problems lie, for example the therapist may note that the patient gets the bus every morning and gets annoyed because the bus is always either late or full. So the therapist would suggest using a bike instead which would prevent the patient getting annoyed and it would increase the amount of exercise that they are conducting.

Exercise is a very effective way of treating depression. In fact increasing the amount of exercise a person does by just 3 hours a week can drastically reduce a person’s depression. Although the exact reason for this change is not known researchers believe that exercise induces an increase in those three neurotransmitters that we talked about earlier: serotonin, norepinephrine and dopamine.

Depression: The Evolution of Powerlessness 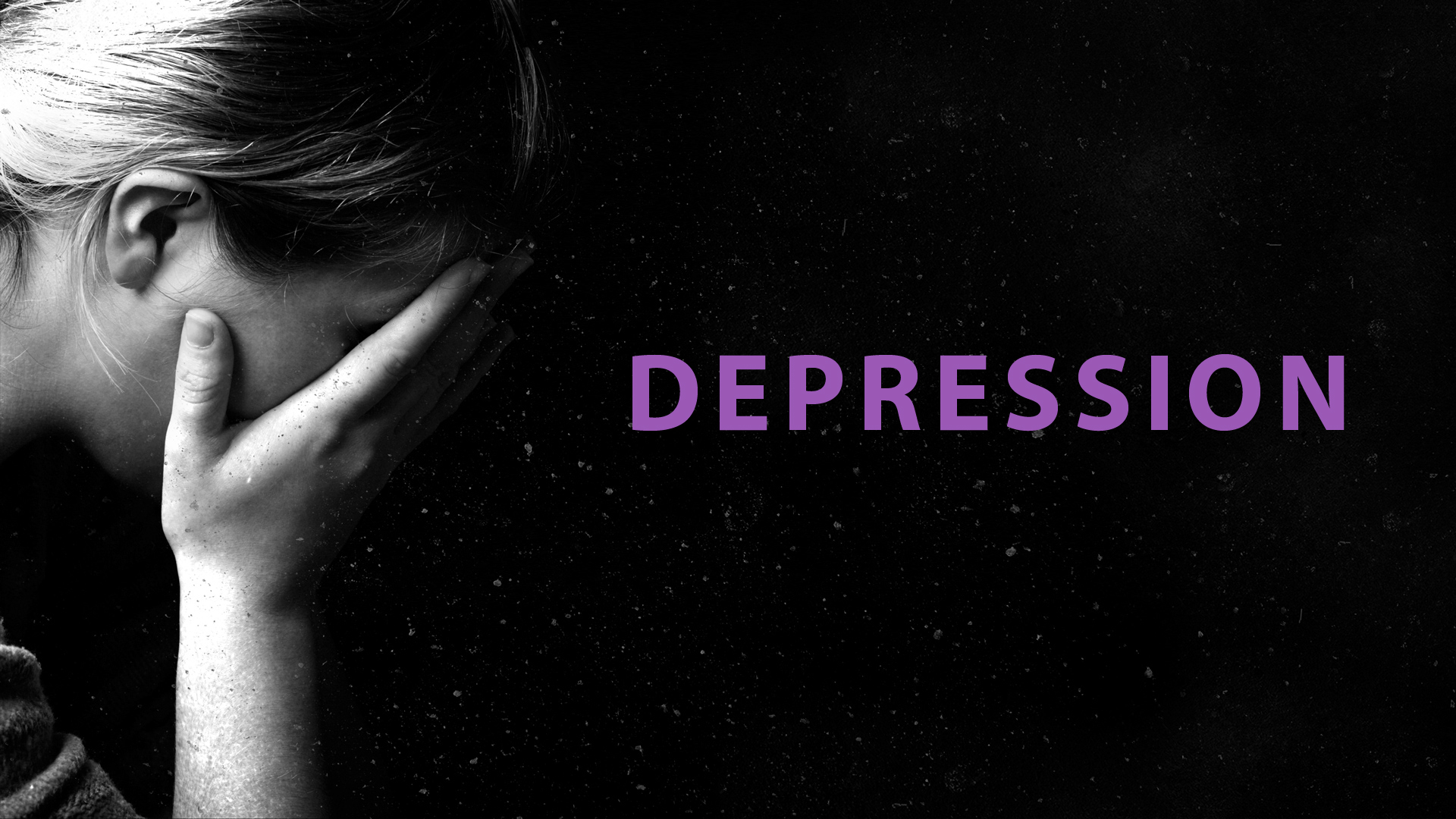 Article Name
Depression
Description
Depression is a persisting state of sadness with pessimistic thoughts and a loss of interest or enjoyment.
Author
Psych Yogi